IDrive Backup has enhanced their endpoint backup solution IDrive® 360 with the addition of full system backup and mobile backup, enabling users to ensure that all data from all devices within their organization can be completely recovered if a data loss situation occurs.

The perfect solution for businesses of any size, IDrive® 360 enables IT departments to oversee data protection for their entire organization, allowing them to implement backup plans for units, groups, or individual devices. This ensures that all data generated by endpoint devices is backed up and ready to be restored in case of a data loss disaster.

With the addition of support for full system backup, users can backup their entire machine, including all files and folders, installed programs, system settings, and also the boot files and operating system, ensuring that the operating system will work normally when it is restored. This full system backup process is fast, does not require any intermediate local storage, and also eliminates the need for any additional storage.

Adding support for mobile backup is another helpful feature for organizations where mobile devices may contain important data. The IDrive® 360 mobile application for Android and iOS lets users securely backup the data from their mobile endpoints. They can then restore data to the same or different device, anytime and anywhere.

Features of mobile backup with IDrive® 360 include:

With the IDrive® 360 management console, admins have complete control over the management of their organizational data, including managing users and their access rights, and monitoring tools for them to keep any eye on overall cloud storage utilization. The management console can be accessed via the web, giving admins the ability to perform all backup management tasks from anywhere.

More features of IDrive® 360 include: 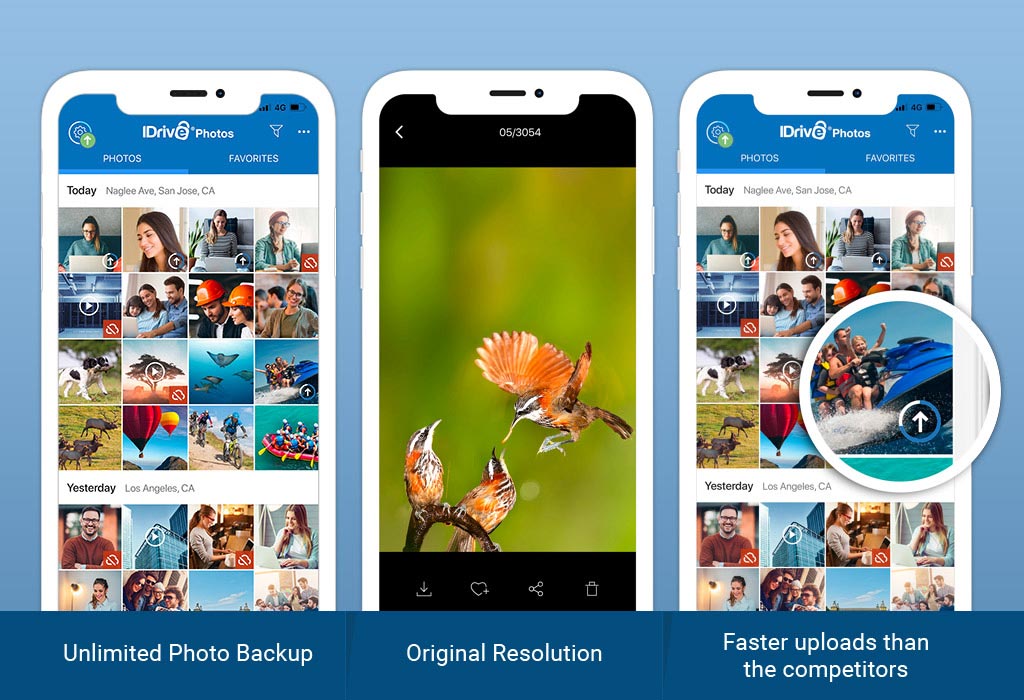